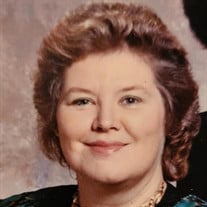 The Life of Barbara Arlene Robinson Barbara was born on May 6, 1940 in Gilroy, CA to Harold and Jean Phelps. As a small child, she moved to San Jose with her parents and brother, Ross Phelps and grew up in the Morgan Hill area. She graduated Lincoln High School and attended San Jose State where she studied English. Barbara was a loving and wonderful mother of three energetic boys: Glenn, Jim, and David. She led a full life keeping up with the boys’ activities. In 1965, Barbara relocated to San Diego and was employed by San Diego Gas and Electric for 27 years as a customer service representative. For her dedication to excellence, Barbara was featured in a full-page article which appeared in the San Diego Union Tribune Newspaper, entitled: “The 3 Faces of Barbara”. In 1974, Barbara met the love of her life, Robert Robinson. They were married in 1981 and soon welcomed their precious daughter, Roberta. Barbara’s parents were a huge influence on the way she lived her life. As a result, she was passionate about her family and being involved in community service. She was one of the founding members of Broadway Heights Community Council – and organization that has become a beacon of success throughout the nation. She also served on numerous committees and organizations. Barbara was a creative spirit. She was an avid artist, with an ability to capture the human spirit through her artwork. Her paintings have been exhibited throughout the county, and she published a coloring book for the Centennial Celebration of Balboa Park. She loved gardening and was always willing to share the fruits of her labor. In 2018, Barbara Joined Bethel African Methodist Episcopal Church and became actively involved in the life of the church to include the Sunday School Adult Class, Manor Ministry Food Drive, and Mr. and Mrs. Ministry. Barbara was a sweet and kind person who truly enjoyed life - she loved people, laughing, and from the moment you met her you were always welcomed. She was the help you anyway she can, kind of person. She leaves to mourn, her loving and devoted husband, Robert and her beloved dog, Samson. Children: Glenn (Merely), Jim (Ellen), David (Alissa), and Roberta. Grandchildren: Rachel (Daniel), Matthew, David (Olivia), Barbara, Elisa, Kelly, and Cameron. Great Grandchildren: Rowan, Jackson, Caleb, Dresden, and Evelyn. Brother: Ross (Barbara). Sister-in-laws: Violet (Lewis) and Charlene. Brother-in-law: George. Uncles: Vincent (Joyce) and Walter (Cassie). Aunts: Minor, Gladys, and Lucretia. Nieces and Nephews: Lara (David), Michael (Brenda), Stacy, George, Brian F., Eric (Najiy), Eric Jr., Iesha, Brian P. and Eric P. Cousins: Karen (Albert), Albert, Jr (Melissa).

The Life of Barbara Arlene Robinson Barbara was born on May 6, 1940 in Gilroy, CA to Harold and Jean Phelps. As a small child, she moved to San Jose with her parents and brother, Ross Phelps and grew up in the Morgan Hill area. She graduated... View Obituary & Service Information

The family of Barbara Arlene Robinson created this Life Tributes page to make it easy to share your memories.

The Life of Barbara Arlene Robinson
Barbara was born on May...

Send flowers to the Robinson family.