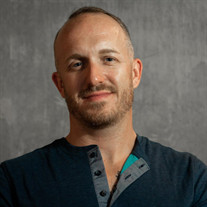 Charles William Schmidt – “Charlie” to those who knew him best – was born in New York City to George and Christine Schmidt on July 28, 1983. Raised in Douglaston with his parents and younger brother Robert in a house his father built, Charlie attended the local public schools, Community Church, and neighborhood sailing program. Although his ambitions in the culinary field would take him around the world from Sydney to San Diego, he remained deeply connected to the community of friends who grew up with him there. Food service and hospitality was Charlie’s calling from a young age. At nine years old, he had a transformational experience after an art show in SoHo when his parents took him to Dean & DeLuca. Inspired, he would later say that this was the exact moment he knew he wanted a place of his own. As a teenager he began working in his local deli, stocking shelves and filling refrigerators before being promoted to sandwich maker. Many who live in Douglaston will remember him behind the counter, serving up his “Charlie’s Special” sandwiches before he could reach the top shelves in the store. Charlie would later say that this is when he fell in love with creating things that make people happy. He continued to work at the deli while attending St. Francis Preparatory High School in Fresh Meadows, Queens, where he played on the school football team. There he forged yet another circle of lifelong friends who affectionately called him “Chuck” (much to the dismay of his "rents"). Charlie went on to receive his bachelor's degree in business from Stonybrook University in 2005. After graduating college he returned to the Douglaston Market, transforming the deli’s business model and revitalizing the customers' love and loyalty. Charlie’s passion for hospitality and making food with a reputation for excellence only grew in the years to come. At Le Cordon Bleu French Culinary School in Sydney, Australia, he sharpened his knife skills and refined his culinary palate, graduating at the top of his class in 2006. His hard work blossomed into a successful career working for Thomas Keller at New York City’s Bouchon Bakery & Café, where he met his wife, Sarah. With a shared passion for life and the food industry, Charlie and Sarah took their talents (and Charlie’s beloved dog Frankie) to San Diego, where Charlie worked with the Cohn Restaurant Group for six years at both Blue Point and Coasterra. When the world came to a halt in 2020, Charlie realized the moment that he had been working towards his whole career had arrived: it was time to begin his lifelong dream of opening his own establishment. By August of 2020, Cobblestone Delicatessen LLC was born. Inspired by old New York's cobblestone streets and iconic deli history, Charlie’s vision was to reimagine the fast-casual dining experience by introducing the elevated New York City-style delicatessen of his childhood to Downtown San Diego. Charlie’s vision for Cobblestone reflected his philosophy towards living. The ingredients mattered. The process mattered. The people mattered. “If you devote time and care to your techniques,” he liked to say, “your love will come through in your food.” He was adamant that everything he served would be prepared with this level of thoughtfulness, believing that when you put love and care into something you do, it creates an ethereal connection between you, the product, and the person consuming it. If you knew Charlie, you were his friend. If you were his friend, he always made you feel like family. He was happiest when he was experimenting in the kitchen, eating delicious food, and spending precious time with Sarah, his family, and his friends. For him, this was the recipe for a life well lived. In his memory, may we savor every moment.

The family of Charles William Schmidt created this Life Tributes page to make it easy to share your memories.

Charles William Schmidt – “Charlie” to those who knew him best...

Send flowers to the Schmidt family.