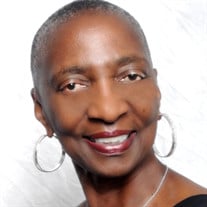 Ethel Lenora Weekly-Avant, also affectionately known as “Pudden”, “mom”, “tee tee” and “grandma” took God’s Heavenly Joyride on March 13, 2022. She was born on June 29, 1950 in Marks, Mississippi. This precious angel was born to the proud union of O.T. and Dorothy Mae Staten, who preceded her in death. She was also preceded in death by her brother, Gene A. Staten. Ethel’s vibrant personality and commitment to do God’s will led her to accept Christ at an early age. Ethel confirmed her commitment to Christ and became a very active member of Pleasant Grove Missionary Baptist Church in Marks, Mississippi. She was baptized under the pastoral leadership of the late Reverend A.L. Patterson. While living in California, God led her to a new church home, Bethel Baptist Church, under the pastoral leadership of Dr. John W. Ringgold, Senior Pastor in San Diego, California. Ethel loved serving her church, especially working closely with the Nurses Ministry and the Trustee Ministry. She was a member of Bethel Baptist Church for over 20 years. Ethel graduated in 1968 from Quitman County High school located in Marks, Mississippi. Shortly after high school, she attended Clarksdale Public School of Practical Nursing, which later became known as Mississippi Delta Junior College. She graduated in 1971 and received her LPN endorsement, after which she relocated to Chicago, Illinois in the mid-70’s, where she earned her RN license. After receiving her RN credentials, she spent time in Hawaii as a nurse gaining work experience, which she then brought back to California and began her next chapter of nursing, which spanned over the next 45+ years. She worked as a nurse for 49 years, up until her retirement from Kaiser Permanente in 2019. During her career as a nurse, she also started her own healthcare business because she saw a dire need for services in her own community of Lemon Grove, California. Her business was known as Lenora’s Assisted Living, which later became Lenora’s Home Care Services and it served the Lemon Grove community at large. For her fervent humanitarian efforts toward academic and professional excellence, she received several leadership awards and was often recognized, both locally and nationally, for her accomplishments and endeavors towards bettering the health of the communities she served. Even after her formal retirement from nursing, she still worked as a consultant, helping families with care for their loved ones. She served as the President of the San Diego Black Nurses Association for a number of years, she served in the community of Lemon Grove and most recently, she played an important role in the American Heart Association. Ethel was extremely kind, but stern. She had a way of guiding you in a “tough love” kind of way without making you feel bad. She had a gentle touch that all the kids in her family came to love and that often made her their favorite adult. Ethel leaves to cherish her memory, her husband of 16 years, Rodney Avant; one son, Frederick Justin Weekly; two grandchildren, Olivia and Frederick Weekly, Jr of Prescott, Arizona; two sisters, Earnestine Young of Omaha, Nebraska and Martha Sallis-Mullins of Fountain Hills, Arizona; four nephews, Robert Young of Omaha, Nebraska, Marvin Sallis of Chicago, Illinois, Keith (deceased) and Valentina Sallis of Phoenix, Arizona, Kendrick and Nina Sallis of El Paso, Texas; Mother in-law Annie Avant, Nashville, Tennessee, sister in-law, Kimberly Avant, and three brother in-laws, James Avant, Byron Avant and Reginald Avant of Nashville, Tennessee; a great nephew, Robinson Masumbe Young of Arlington, Texas; and a host of other great nephews, nieces and cousins.

The family of Ethel Lenora Weekly- Avant created this Life Tributes page to make it easy to share your memories.