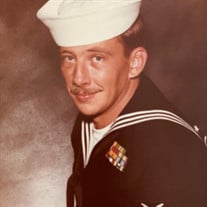 Frederick “Fred” George Wayne, 69, passed from this life to eternal life while at home on December 27, 2021, after a valiant battle with lung cancer. He is survived by his wife Aida, daughter Bernadette & her husband Kevin Catipon, & his brother John. Fred was born June 6, 1952, in Philadelphia, PA, He spent 2 years at Christ’s home orphanage, until his father, Bernard Wayne returned to pick him up and move him out to California to meet his new mother and brother, Irene & John Mortellaro. This, he often stated, was the happiest day of his life. When he was Just 19, he joined the U.S. Navy. While out overseas, he met his beautiful, loving wife Aida at the galley in Cubi Point. Together they raised Bernadette and celebrated 48 years of marriage. Fred proudly served his country for 20 years as a cook. And as food is often the key to people’s heart, it is a trade that he mastered well and used in his civilian life. Aside from cooking, he loved to laugh and bring joyful laughter to all those he loved and held dear. Fred had 3 loves in his life. · Country- He loved the nation he served. He knew that the democracy and freedom we enjoy came at a price and these freedoms needed to be cherished & preserved and that those who valiantly served to obtain it deserved to be respected and honored. · Family- Fred found out about his cancer late, and while he knew that treatment would not be curative, he wanted to do whatever it took to spend more time with them. · GOD-Fred loved God, loved to serve him and loved to praise him, for it was God who saved Him. He loved the Shadow Mountain Community and volunteering with his family at Turning Point Ministries. “The best evidence of the Bible’s being the Word of God is to be found between its covers.” - Apples of Gold

Frederick &#8220;Fred&#8221; George Wayne, 69, passed from this life to eternal life while at home on December 27, 2021, after a valiant battle with lung cancer. He is survived by his wife Aida, daughter Bernadette & her husband Kevin Catipon,... View Obituary & Service Information

The family of Frederick George Wayne created this Life Tributes page to make it easy to share your memories.

Frederick “Fred” George Wayne, 69, passed from this life to eternal...

Send flowers to the Wayne family.