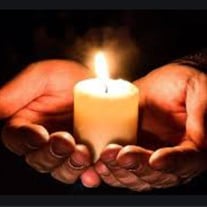 Guillermo Ibarra, better known to his loved ones as Willie, died on Dec. 26, 2021. He was 83 years old. Willie was born to Juan Enrique and Maria Guadalupe Ibarra on June 5, 1938 in Nayarit, Mexico. He married Ernestina “Lulu” Lugo at St. Anthony of Padua Catholic Parish in National City, California on June 8, 1963. He spent a portion of his younger years working for Benny’s Spaghetti in San Diego prior to joining McMillin Construction, where he worked as a heavy equipment operator for more than 40 years before retiring. Willie loved to travel, but always made time to keep in touch with those close to his heart. He was a man of effortless humor who always put his family first, even until his final days. He was as great as they come and will be missed dearly by those fortunate enough to have crossed his path. He is survived by his beloved wife, Lulu; siblings, Rodrigo, Ofelia, Enrique, and Hector; and three children, Anabella, Guillermo, and Luis Alonso, as well as their spouses, John, Tere, and Vanessa, respectively. He is also survived by his nine grandchildren, Guillermo Alonso, Erik, Luis Antonio, Kristian, Alex, Karla, Alek, Sebastian, and Valeria; two great grandchildren, Guillermo Arian and Elias; and cherished dog, Luna. He was preceded in death by his parents and brothers, Raul and Jose Ibarra. Services will be held from 8 a.m.–12 p.m. on Jan. 22, 2022 at the Greenwood Memorial and Park Mortuary.

The family of Guillermo Casas Ibarra created this Life Tributes page to make it easy to share your memories.

Guillermo Ibarra, better known to his loved ones as Willie, died...

Send flowers to the Ibarra family.