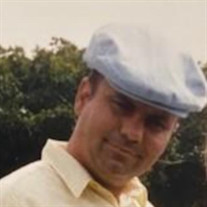 James Karl Haberland died of an apparent heart attack in his Chula Vista apartment on January 3, 2022. He was 69 years old. “Jimmy” or “Jim” as he was known to his family and friends was the first-born child of Curt Herman Haberland and mother, the former Elida Duran of Texas. He was born in the small town of Woodland, California on June 12, 1952 Except for family trips to Mexico, Nevada, Texas and Virginia and brief excursions to New York and Idaho, Jim spent his entire life as a resident of California, making the San Diego area his home since his parents moved there in 1960. Jim was extremely intelligent, an A student at Emerson Elementary, Memorial Junior High, and San Diego High Schools in San Diego. He was a Junior ROTC member at San Diego High, and received a partial scholarship to attend San Diego State College after his high school graduation in 1970. Jim’s long affliction with schizophrenia began during his early adulthood, and he did not complete a college degree. He spent his working years mainly driving cabs or performing other manual work such as off-loading donations at charitable organizations. Despite his illness, Jim was a kind and giving person at heart and was deeply concerned with the welfare of others. Jim was an aficionado of the arts and educational enrichment such as the museums in Balboa Park or the library. Concerts in the downtown or Seaport Village areas were a favorite, as were classic films, particularly those with Humphrey Bogart in the role of the “reluctant hero.” Jim is survived by his brother Walter Haberland of Herndon, Virginia, his sister-in-law Camille, and nephews Matthew and Christopher Haberland. In view of the ongoing pandemic, a memorial service will be conducted at 2 PM Pacific Standard Time at Greenwood Mortuary on February 23, 2022 with only immediate family and memorial speaker Officer Jeffrey Pace of the Chula Vista Police Department in attendance. In lieu of flowers, the family asks that donations be made with check payable to St Paul’s PACE, the charitable organization which helped Jim to get mental health treatment and housing during his later years. Donations may be sent in honor of Jim to: St Paul’s PACE 630 L Street Chula Vista, CA 91911 Attn: Angi Mitchell, Center Director

The family of James Karl Haberland created this Life Tributes page to make it easy to share your memories.

James Karl Haberland died of an apparent heart attack in his...

Send flowers to the Haberland family.