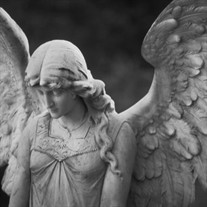 Joanne was born December 6, 1934 in Marshall, Minnesota to Earl and Violet Luken. She died at home on March 31, 2021 with family by her side. She is predeceased by her husband, parents and sister. Survived by her children Tammy (John) Skaggs of Belfair, WA, Michael Williams, Scott Williams both of San Diego, CA, and Cindy Gonzalez of Imperial Beach, CA; her grandchildren Danielle (Joseph), Ivette (Isaac), Breeann (Christopher), Angelica, Anthony (Michelle), Michael, Jacob, Rachel, Robert, Alexis, and Jason, 17 great grandchildren and several nieces and nephews. Joanne spent her early years living in the Great Plains, settling in Sioux Falls, South Dakota as a young girl. She suffered from Rheumatic Fever in 1943, during WW II, and was bedridden for most of the year. This had long lasting influence on her and the activities she chose to participate in as she grew. She attended General Beadle Teachers College in Madison, South Dakota graduating in 1961 and taught elementary school for 43 years, most of that with the National City School District. She loved sharing her passion for learning especially the excitement she and her students found in the natural and physical sciences. While at General Beadle she met her future husband, Curtis, whom she married in August of 1958, while they both completed their degrees in education. They moved to San Diego, following Joanne’s graduation, where their children were born and raised. During this time, they enjoyed card nights with friends, camping and going to the theatre. Joanne took night school classes to learn the skill of cake decorating and became very popular in the community creating beautiful cakes and candies for large and small events. Joanne and her family were members of St. Michaels Catholic church where she was involved in the Ladies Auxiliary for many years. She belonged to Optimist International and was active for several years locally. After retiring she enjoyed traveling, playing bridge with her close friends, and attending theatre productions. While those of us left behind mourn and feel great sadness, we know that she is no longer in pain and is reunited with those she loved.

Joanne was born December 6, 1934 in Marshall, Minnesota to Earl and Violet Luken. She died at home on March 31, 2021 with family by her side. She is predeceased by her husband, parents and sister. Survived by her children Tammy (John) Skaggs... View Obituary & Service Information

The family of Joanne Catherine Williams created this Life Tributes page to make it easy to share your memories.

Send flowers to the Williams family.