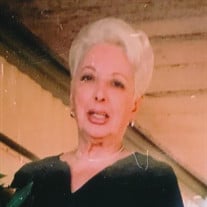 Mary attended school in Massachusetts and after moving to San Diego, California at the age of sixteen, she attended Point Loma High School. In her twenties she was employed as a both a waitress and a hair stylist. In the 60’s and 70’s she was employed by Beeline Fashions and sold clothing through home parties. She was perfect for this position as fashionable clothing was her passion. In the 80’s and 90’s she was employed by Sunglass Hut and worked in multiple stores within the San Diego area. She was gifted in picking out the best glasses for all of her clients. In her later year she worked downtown, part-time at the Market Place: a business owned by her brother and family. She was such a people person. Her job was to take orders, greet customers, and give out occasional hugs. She loved speaking with people and her positive and gracious ways were appreciated by the patrons. Mother’s Name: Maria Rodrigues Encarnacao Teixeira Father’s Name: John Rodrigues Teixeira Both parents immigrated from Madeira, Portugal to the United States in 1920, and settled in Lowell, Massachusetts. Mary was raised in the Roman Catholic Church and remained in that church throughout most if her adult life. In the 90’s she joined Del Cerro Baptist Church along with her son and his family, and she became very active in the ministry there. She was a fabulous cook and cooked and served meals for the members there every Wednesday night. In recent years, she was a member of East County Christian Fellowship, where she worshiped with many friends from the Elks Lodge. Organizations: She was a member of the Elks Lodge 1812 In El Cajon, California. She enjoyed many social events there, especially playing cards with friends. Loved ones predeceased - her parents: John and Maria Teixeira; husband: Darrel Stevens; brothers: John, Manuel, and Joseph Teixeira. The three of Mary’s brothers passed away very young in the 20’s before Mary was born. It is our families understanding that they died as a result if the pandemic during that time. Mary’s brother Joseph Teixeira passed away on November 17, 2008. Her brother David Teixeira passed away approximately twenty years ago. Surviving relatives: Son: William Wayne Flynn and his wife Elise Flynn of Santee, California Granddaughter: Robin Villi and her husband Tony; great-grandchildren: Lainey and Grant of Santee, California. Grandson: Brian Flynn and great-granddaughter: Skylar of Lakeside, California Sister: Liliana and her husband Jim; Nieces and nephews: Joseph, John, Sherry, and Manuel as well as their families from Cupertino and San Jose area of California.

Mary attended school in Massachusetts and after moving to San Diego, California at the age of sixteen, she attended Point Loma High School. In her twenties she was employed as a both a waitress and a hair stylist. In the 60&#8217;s and 70&#8217;s... View Obituary & Service Information

The family of Mary T. Stevens created this Life Tributes page to make it easy to share your memories.

Mary attended school in Massachusetts and after moving to San...

Send flowers to the Stevens family.