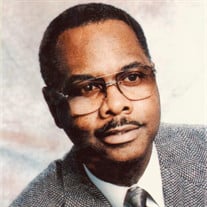 Obituary of Maurice Woods, Jr Maurice Woods, Jr. was born on July 16, 1943, to Maurice Woods, Sr. and Vivian McRae Woods in San Diego, California. He was the eldest of 3 children, followed by his brother Raiford, and sister, Darnice. He attended elementary and middle school in the local community and graduated from San Diego High School. His talent in music was recognized as a young boy as he became involved musically in various churches in the community, playing piano, organ and displaying a deep, rich baritone voice in high school. He graduated from SDSU with a major in vocal music performance and La Sierra University with a Master of Arts degree as an Education Specialist. Later in life he earned his Master of Music degree from the University of Connecticut and completed all but dissertation (ABD) toward a Doctor of Musical Arts degree, at Arizona State University. Maurice was known, not only for his musical ability, but for the leadership displayed as an educator, camp counselor, and while working with The Pathfinders (a Christian youth organization), serving as local club director at San Diego 31st St SDA Church and Corona SDA Church, and regional director in the Northern California Bay Area. He impacted the lives of many young people as well as colleagues and friends during his more than 40 years of service as a teacher and an administrator from elementary school to high school levels, in the SDA school system and San Diego Unified School District. He also proudly served as a chaplain’s assistant in the U.S Army from 1967-1969, after having been drafted. One of the highlights of his life was the privilege of touring the Mormon Tabernacle in Salt Lake City, Utah, and seeing the grand pipe organ and its inner workings behind the scenes. He loved to travel and visited sites throughout Africa and Europe. Closer to home he enjoyed spending time with friends and family during trips to various places including the Grand Canyon, Mt. Rushmore, Yellowstone, Niagara Falls, Arlington National Cemetery, the Vietnam Memorial Wall, the National Cathedral in Washington DC, and of course, DISNEYLAND!! The main highlights of his life were his sons, John V. Woods, Gregory K. Woods, and Steven R. Woods, proud of their accomplishments, and his 3 granddaughters, with future goals of their own. He also cherished his brother Raiford and sister-in-law Margie, their daughter and her family, as well as the son and daughter of his late sister Darnice. Maurice loved the Lord and looked forward to His soon coming. He spoke of seeing loved ones who have preceded him in death; mom, dad, sister Darnice, brother Orlando, son John, nephews Raiford IV and Stacy, and dear “Granny” McRae. Revelation 21:4 says, “and God shall wipe away all tears from their eyes; and there shall be no more death, neither sorrow, nor crying, neither shall there be any more pain: for the former things are passed away”. What a great day that will be. May we all commit to meeting our Lord and Savior on that resurrection day. A tribute in memory of our beloved Maurice Woods The Music Maker Par None Tall, stalwart, poised, Maurice Woods, The Music Maker Par None, stood with his hands raised midway in the air. Participants waited patiently. None despaired. None dared to blink an eyelid. None dared to wear a frown. All eyes were riveted on Maurice The Music Maker whose posture never changed, who was mentally aware of the presentation he had arranged; one only a Music Maker Par None, could sustain. Memory of Maurice will long remain in the minds of many. If anyone fails to remember the multiple talented contributions he freely gave, memories do fade. No matter how near or far life’s experiences have taken us, no matter what our circumstances have been, in the end, memories of Maurice Woods, The Music Maker Par None, will remain in all its vividness in our hearts. Amen. By Dr. Alice Smith Ramona, Ca.

Obituary of Maurice Woods, Jr Maurice Woods, Jr. was born on July 16, 1943, to Maurice Woods, Sr. and Vivian McRae Woods in San Diego, California. He was the eldest of 3 children, followed by his brother Raiford, and sister, Darnice. He attended... View Obituary & Service Information

The family of Maurice Woods Jr. created this Life Tributes page to make it easy to share your memories.

Send flowers to the Woods family.