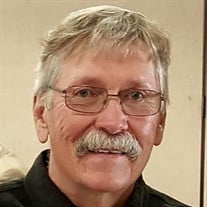 Philip Charles “PC” Widener, beloved husband, father, grandfather and friend, passed away of natural causes at the age of 79 at his home in Chula Vista, California, on the morning of May 2, 2021, after a decade-long battle with Parkinson’s disease. Phil was born in Wallace, Idaho, in 1941 and grew up in Washington state. He entered the U.S. Navy in 1959 and retired in 1980, after a very distinguished career, rising to the rank of Master Chief Petty Officer. Once “retired,” he began a successful career in financial planning and insurance sales, where he and his wife enjoyed traveling to conventions. Phil loved sports and was a natural athlete, avid weightlifter, and star center for the Navy Inter-Island Football team while stationed in Hakata, Japan. He also played basketball and, in his later years, softball. After retirement, Phil spent time with his growing family and played senior league softball, which became his favorite sport. His softball team competed in many Senior Softball World Series, winning various championship titles. Phil was preceded in death by his newborn son, Jason Widener; father, Charles Widener; his mother, Evelyn (Bestrom) Benschoter; and his sister, Sharon (Widener) Perry. He is survived by his wife of 39 years, Joanne (Gardner) Widener, his daughters Shannon (John) Grant, Trinka (Lynton) Rowsell and his son, Jeremy Widener; his grandchildren, Delilah Grant, Samantha Grant, Teagan Rowsell, Liliana Rowsell, Weston Rowsell and Logan Widener. A memorial service is being held on Friday, May 28, 2021, at 10:00 a.m. at Greenwood Mortuary in San Diego, California. In lieu of flowers, please consider making a tribute donation to the Michael J. Fox Foundation for Parkinson’s Research at www.michaeljfox.org.

Philip Charles &#8220;PC&#8221; Widener, beloved husband, father, grandfather and friend, passed away of natural causes at the age of 79 at his home in Chula Vista, California, on the morning of May 2, 2021, after a decade-long battle with Parkinson&#8217;s... View Obituary & Service Information

The family of Philip Widener created this Life Tributes page to make it easy to share your memories.

Send flowers to the Widener family.