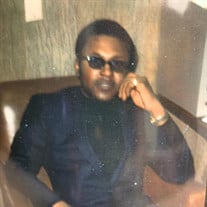 Reflecting On the Life of Albert Martin Jr. Born February 9th 1942 to Albert Martin Sir and Ida Martin in Milam Texas. Albert was the 23rd child of 24 children all deceased. Albert accepted Christ at an early age at St. John Baptist Church in Zwolle Louisiana Baptist Church by the Pastor Rev Garner. Albert came to San Diego California 1955 and came back in 1959 to stay. Albert graduated from Lincoln High School in 1960 and enlisted in the US Navy. He went active duty Navy in 1961 served until 1967 as a Boatswain’s Mate. When he sewed that first crown on, he was the proudest man in the US Navy. He was Honorable discharged in November 1967 and began working for Civil Services in August 1968. He worked Janitorial for 3 years, then drove for P.W.C for a very short time. Before going into Crane and Rigging as a Rigger. There he stayed until he retired in March 1997. He was called the Soul Rigger because he liked to play Ray Charles music and played the piano as he singed the blues. Albert had a delightful sense of humor and a unique laugh that would brighten up any day. His favorite hobbies included playing the piano, fishing, boxing and watching sports. Albert loved the Lord and was a devoted servant to God. Albert started working for San Diego Transit as a Bus driver August 1997 and retired. He was a long time member at Mt. Eire Baptist Church for many years. Albert Martin Jr met his wife Martha in 1965 and got married on August 26 1971 (her birthday). They were blessed and happily married for 50 years. Albert and Martha (Maw Maw) enjoyed each other’s company as he always kept a smile on her face. Albert (Paw Paw) enjoyed spending time with his grandkids playing his piano as he taught them how to sing the blues. On Tuesday January 4, 2022, four months after his wife Martha Martin passing Albert Martin Jr. was called home to be with his heavenly Father. Albert proceeds to death mother Ida Martin, father Albert Martin Sir, wife Martha Pear Martin and 23 siblings. He leaves to cherish daughter Barbara “Tiny” Margret, Debra “Stinker, son Robert “Puni”, Eric and daughter Charlotte (son in law- Ronald). He also leaves fifteen grandkids, 31 great grandkids. A host of cousins, nieces, nephews that come to over a hundred and friends.

The family of Albert Martin Jr. created this Life Tributes page to make it easy to share your memories.

Send flowers to the Martin family.