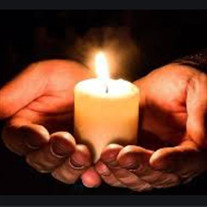 Our beloved Carlos L. Bringas, of San Diego, California, died September 21, 2021, at his home in Spring Valley, California. Carlos was born on August 10, 1961, in El Paso, Texas to Rose and Frank Bringas. He attended Rusk and Burgess schools in El Paso, Texas; Silver City school in Silver City, New Mexico and Santee High in Santee, California. Later, Carlos attended Cosmetology school in San Diego, California. Throughout his life, he worked in various jobs and industries. He enjoyed beautician work and prided himself as having the best skills and talent in his craft, being that this was what he enjoyed most; it being his passion. Carlos lived in San Diego most of his life, with a brief stint in Las Vegas, Nevada with his sister. He was married to Tracy Sitar. He enjoyed doing arts and crafts, he was very talented in this. Enjoyed music and dancing. He enjoyed watching sports, especially football. Most importantly, Carlos enjoyed spending time with his family who loved him very much and leaves us to cherish his memory and celebrate his life. He is survived by his mother, Rose Fierro of San Diego; his loving children, Nalaini Bringas and Carla Bringas of San Diego and Christian Dipietrantonio of Arkansas; his siblings, Rose Martin, Carmen George, Sylvia Heffron, Cecilia Schaefer, Frank Bringas, Teresa Bringas as well as their spouses and significant others; nieces and nephews and extended family; special friend Carlos R. Carlos will be dearly missed by all who were fortunate enough to have known him. A Celebration of Life for Carlos will be held on October 16, 2021 from 1:00PM-3:00PM (PST) in the Vacation Isle Park, San Diego, California.

The family of Carlos Lorenzo Bringas created this Life Tributes page to make it easy to share your memories.

Send flowers to the Bringas family.