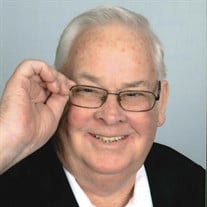 In Loving Memory Curtis William Niesley October 23, 1942 – August 22, 2021 Life is not a journey to the grave with the intention of arriving safely in a pretty and well-preserved body, but rather to skid in broadside, thoroughly used up, totally worn out, and loudly proclaiming – WOW- What a Ride!! Curtis William Niesley of San Diego passed away peacefully at home with his wife by his side and hospice in attendance, on August 22, 2021, from complications due to dementia, diabetes, and COPD. He would have been 79 years old in two months. Curt was born at Mercy Hospital on October 23, 1942 and was always proud of being a native San Diegan. He was the fourth of five children. His parents were Donald Curtis and Wilma Marie (Counts) Niesley, (both deceased). Curt grew up on Iowa Street in North Park. He attended Garfield Elementary School and Wilson Junior High. As a teen Curt would ride his bicycle with friends from North Park to Mission Beach to go diving for abalone – and often brought dinner home for his family! He regularly stopped at ‘Naylor’s Sea Shells’ on Curlew St. to visit with his friend Jack Dawes and ‘old man’ Naylor. He liked to look at all the different and neat shells. In 1960 he graduated from Herbert Hoover High School, in San Diego, where he played and lettered in football. Curt attended SDSU and then in 1962 he married his high school sweetheart Sharon Ann (Shari) Sauer. Curt and Shari met when they were 15 years old in the youth group at The First Presbyterian Church, located in downtown San Diego, Curt’s family church. They were the best of friends from the very beginning even though their schools were rivals! Curt, Hoover and Shari, San Diego High School (The Cardinals vs The Cavemen!). Curt was always willing to work hard and held many jobs from the young age of 12. He began by delivering newspapers on his bicycle, at 16 he worked for Gustafson’s on El Cajon Blvd moving and loading furniture, then at 17 he was an all-around gopher for Art Bloom, owner of ‘Worth’s on the Blvd.’ even playing Santa outside on the sidewalk during the holidays. In 1962 after marrying Shari, he did title research for Realty Tax and Service. In the late 60’s and early 70’s he worked for Arrowhead Puritas Water, delivering 5 gal. glass bottles of water to his customers in the downtown area, then in 1972 this experience led to purchasing a route from Silver Springs Water Co. – he enjoyed owning his own business and the customers he served from Ocean Beach to La Jolla. During that time, sons, Rob and Eric were playing ball with the ‘Oak Park Little League’ he decided to sponsor a team, he called them the ‘Little Braves’. In the late 70’s, after 6 years and looking for a change, he sold the water business. Curt learned pipefitting and in 1979 he became a marine pipefitter for National Steel and Shipbuilding where he worked until the fall of 1998. He retired as a Cost Engineer (estimator) after nearly 19 years of continuous service. Curt was many things to many people. A loving son, brother, husband, father, grandfather (Papa), great-grandfather, uncle, and friend. He loved attending football games with his son Rob and tailgating. He enjoyed traveling, listening to talk radio, playing cribbage, reading, and doing word puzzles; but most of all spending time with his family. Curt was a Christian, a craftsman and woodsman. He enjoyed the simple things in life. He also loved a good action movie, occasionally playing the slots, and hearing or playing a really good joke on Shari – even at the end he would find creative ways to tease her from his bed!! Curt was very active with the Boy Scouts of America in his youth and as an adult while his sons were young. He encouraged them as they became Life (Eric) and Eagle (Rob) scouts. He was Cubmaster and Scoutmaster for Pack and Troop #938 in the Wilson District. His favorite adventures were taking the boys and their dads camping in the desert or the mountains for several days. He was also fortunate to have ‘Chief” Owen Walker of the BSA for his friend and mentor. He eventually took his interest to the higher levels of scouting and became a ‘Wood Badge’ adult trainer. Curt is survived by his wife Shari of 59 ½ years, sons Robert Curtis of Irvine, CA and Eric Vincent of Charlotte, NC. Daughter–in-law Lorrie (Eric), 5 grandchildren- Adam (JC), Benjamin (Quianna), Kimberly (Garrett Hill), Kevin and Stephen (Eric’s) 2 great-grandchildren, Collin, and Kyler (Benjamin’s). Lisa Niesley of Carlsbad, CA and his sister, Andrea Mulkins of Lakeside, CA. Curt was pre-deceased by his oldest sister Donna Marie (Niesley) Askren of San Diego, CA, a brother Jack C. Niesley of Fountain Valley, CA, and brother Wildon Lloyd Niesley of Belle Center, OH. All of whom lived in San Diego on Iowa Street! Curt enjoyed a large circle of family members, lifelong friends, and his furry lap kitties – Siamese and rescues. He was the ‘Rock’ that kept Shari and his sons grounded and the ‘Wings’ that allowed them to fly freely, to become the best that they could be. He was loved and admired and will be greatly missed by all who knew him. Services: September 19, 2021, 1 PM, Garden Chapel, Greenwood Memorial Park. Reception to follow immediately in the Garden Courtyard. Entombment: Bible Mausoleum, Greenwood Memorial Park Memorials: A charity of your choice or plant a tree in Curt’s memory- Contact The Arbor Day Foundation, Living Tribute, 500 West Putnam Ave. Suite 400, Greenwich, Connecticut 06830. You can visit arborday.org/giveatree Arrangements: Greenwood Mortuary

In Loving Memory Curtis William Niesley October 23, 1942 &#8211; August 22, 2021 Life is not a journey to the grave with the intention of arriving safely in a pretty and well-preserved body, but rather to skid in broadside, thoroughly used... View Obituary & Service Information

The family of Curtis W. Niesley created this Life Tributes page to make it easy to share your memories.

Send flowers to the Niesley family.