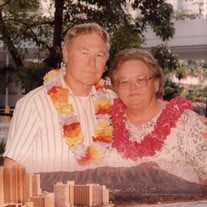 Stanley Warren Ingalls May 2, 1930 – July 19, 2021 Stanley Warren Ingalls, 91, passed away at his home in Lakeside, California on July 18, 2021. Stan was born in Faulkton, South Dakota to Rollin Ross and Grace J. Ingalls, the youngest of three children. His father was a flax farmer and auto mechanic, and his mother was a schoolteacher. Due to his father’s health issues, the family (including his sister Wilma Jean and brother Vern S.) moved to San Diego in 1941. His father converted an old school bus for the journey, while his mother’s sister Lena and her husband Charlie followed behind in a Model A Ford. The family moved to Lakeside in 1942, where he and his father built their family’s home in 1943. Stan graduated from Grossmont High School, and later enlisted in the United States Coast Guard where he served honorably during the Korean Conflict. Upon the death of his father in 1953, he left the Coast Guard to help take care of his mother. He began his career as a Department of the Navy civilian at North Island NAS, where he met his future wife, the former Minnie Pearl Brooks. They were married on September 8, 1962. Together they had two children: Wayne, born in 1963; and Debra, born in 1965. He became a member of Lakeside Community Presbyterian Church by statement of faith and baptism in 1985. He raised goats and chickens, and donated dozens of eggs weekly to the Lakeside Christian Helps Center. He enjoyed painting and was particularly fond of western scenes. An avid gardener, he took great delight in his roses, glads and fruit trees. Stan was preceded in death by his parents, his siblings, and his wife. He is survived by his 2 children: Wayne and his wife Ceci, of Lawton, OK; and Debra Vargas of Lakeside; 8 grandchildren, 11 great grandchildren, sister-in-law Fannie and her husband Art Mackie, sister-in-law Lucille Brooks, many nieces and nephews, and his loyal Corgi, Duke. The celebration of life is planned for 12 noon on August 3, 2021, at the Greenwood Garden Chapel with interment with his wife to follow. Visitation is from 10am – 12 noon on that same date. Dress is casual. Hawaiian shirts are encouraged. Reception to follow.

The family of Stanley Warren Ingalls created this Life Tributes page to make it easy to share your memories.

Send flowers to the Ingalls family.