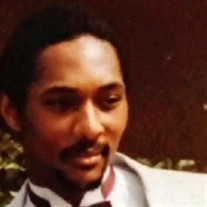 Waymon Bruce Wilson II was born in San Diego, California to the proud parents of Dorothy M. Roots and Waymon B. Wilson, Sr. on July 29th, 1962. Waymon was a rambunctious and happy child who attended Stockton Elementary, Roosevelt Jr. High, Wilson Jr. High and he graduated from San Diego High School. Waymon accepted Christ at a young age and attended Mt. Zion Missionary Baptist Church. At 18 years of age, Waymon joined the United States Navy and traveled the world meeting people from all over the United States, Europe and the South Asian islands. Once he finished his tour, he returned home to San Diego and chose a career in security and spent several years in that profession. Ultimately, it was the skills he had learned from his grandfather as a teen in the construction industry that became his life’s work. Always a hard worker and looking out for others, Waymon was well liked on his job and prided himself on his work ethic and the relationships he maintained with his work associates. “John Wayne” as he liked to be called was a big fan of John Wayne western movies and watched them often. Always the life of the party, Waymon was always smiling and telling jokes keeping both friends and family laughing. He loved cars, especially Cadillacs, as he owned a few throughout his life and his vehicles had to be immaculate! Waymon loved playing and watching basketball since he was a child and met many of his lifelong friends playing pickup games at local parks. Family was deeply important to him and he would call and “check in” on family and make plans to celebrate birthdays, holidays and other special occasions and his absence has been felt by many. Over the last few years Waymon sought God with fervor and attended church regularly and would witness to friends, family, co-workers and strangers about how the Lord had helped him turn his life around. Waymon never married, but is survived by his children and grandchildren! Waymon is also survived by his Uncle Wayne Earl Wilson, Sr. of Oklahoma City, OK and his aunt Blanche Perryman of Los Angeles, CA; his sisters Yvonne Baker-Williams of Moreno Valley, CA, CleVaughn Wilson of San Diego, CA; Mary-Donna Wilson of Lancaster, CA, along with a large host of family members and friends to mourn his passing.

The family of Waymon B. Wilson created this Life Tributes page to make it easy to share your memories.

Waymon Bruce Wilson II was born in San Diego, California to the...

Send flowers to the Wilson family.